WARSAW was an important Jewish cultural and spiritual center. The most important Jewish sites in Warsaw include the Jewish Cemetery, Nozyk Synagogue, Jewish Historical Institute, sites connected with the Ghetto Uprising of 1943, Umschlagplatz and Mila 18.

Warsaw Ghetto
On October 12, 1940, the Germans decreed the establishment of a ghetto in Warsaw. The decree required all Jewish residents of Warsaw to move into a designated area, which German authorities sealed off from the rest of the city in November 1940.

The Umschlagplatz was where the Jews in the Warsaw Ghetto had to assemble to board the trains which transported them to the death camp at Treblinka, beginning in July 1942.

The Jewish Cemetery
On Okopowa Street, in Warsaw, Poland sits an old Jewish cemetery, one of the very few to have survived World War II. Founded in 1806, the cemetery consists of 82 acres and contains the remains of approximately 250,000 people.

TREBLINKA is the second biggest and the most cruel Nazi extermination camp, where 700,000 people were mercilessly killed within one year. Nowadays there is an impressive monument raised in the middle of Treblinka. One part shows 17,000 irregular granite stones out of which 216 have the names of different Jewish communities engraved.

TYKOCIN is located in the province of Bialystok, east of the former extermination camp of Treblinka. A Jewish community was founded here in the 16th century and it quickly became an important centre of both Polish and Jewish cultures.

KRAKOW was one of the largest Jewish centers in Poland/Galicia, and, as such, needs no introduction.

Kazimierz / Casimir has the most magnificent collection of Jewish heritage in Poland. There are seven synagogues with the Old Synagogue as the first one built but the Remuh synagogue and cemetery as the most renowned in the world. Wandering along the streets of Kazimierz, you can experience through the eyes of your imagination the lost world of Hassids, Tzaddiks, and Rabbis.

Krakow Ghetto in Podgorze
The Nazi-conceived Jewish ghetto in Krakow was situated in the Podgorze area on the right bank of the Wisla River opposite Kazimierz and its historical Jewish Quarter. It was strategically situated next to the Zablocie industrial district with many plants, including the now-famous "Schindler's Factory" that utilize the cheap forced labor of the ghetto inhabitants.

TARNOW is a city about 40 miles east of Krakow. Jews were first mentioned in the town as early as the 1400's. In the 19th century Tarnow had the fourth largest Jewish population center in Galicia, after Krakow, Lwow and Stanislawow.

LUBLIN, for centuries, was inhabited by Jews who helped create its special climate. Highlights include: the Old and New Jewish Cemetery, Jewish Trail around the Old Town, Chevrat Nosim Synagogue, Grodzka Gate and Yeshivat Chachmei Lublin (The Lublin Academy of Sages).

MAJDANEK, located 4km from Lublin, was one of the Nazi’s largest concentration/extermination camps. Nowadays on the former camp grounds there is a museum. In the Museum territory there are two huge stone monuments, raised to commemorate the victims.

LODZ is a large industrial city. The Jewish community contributed substantially to its development. During World War II, the Lodz Ghetto was the largest in Europe (200,000 residents). Few of its inhabitants survived. Lodz’s Jewish Cemetery is the largest Jewish cemetery in Europe, and holds many gravestones from the 19th century. 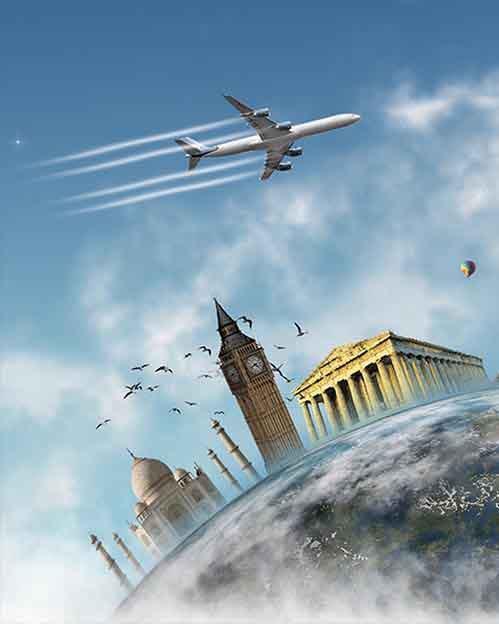